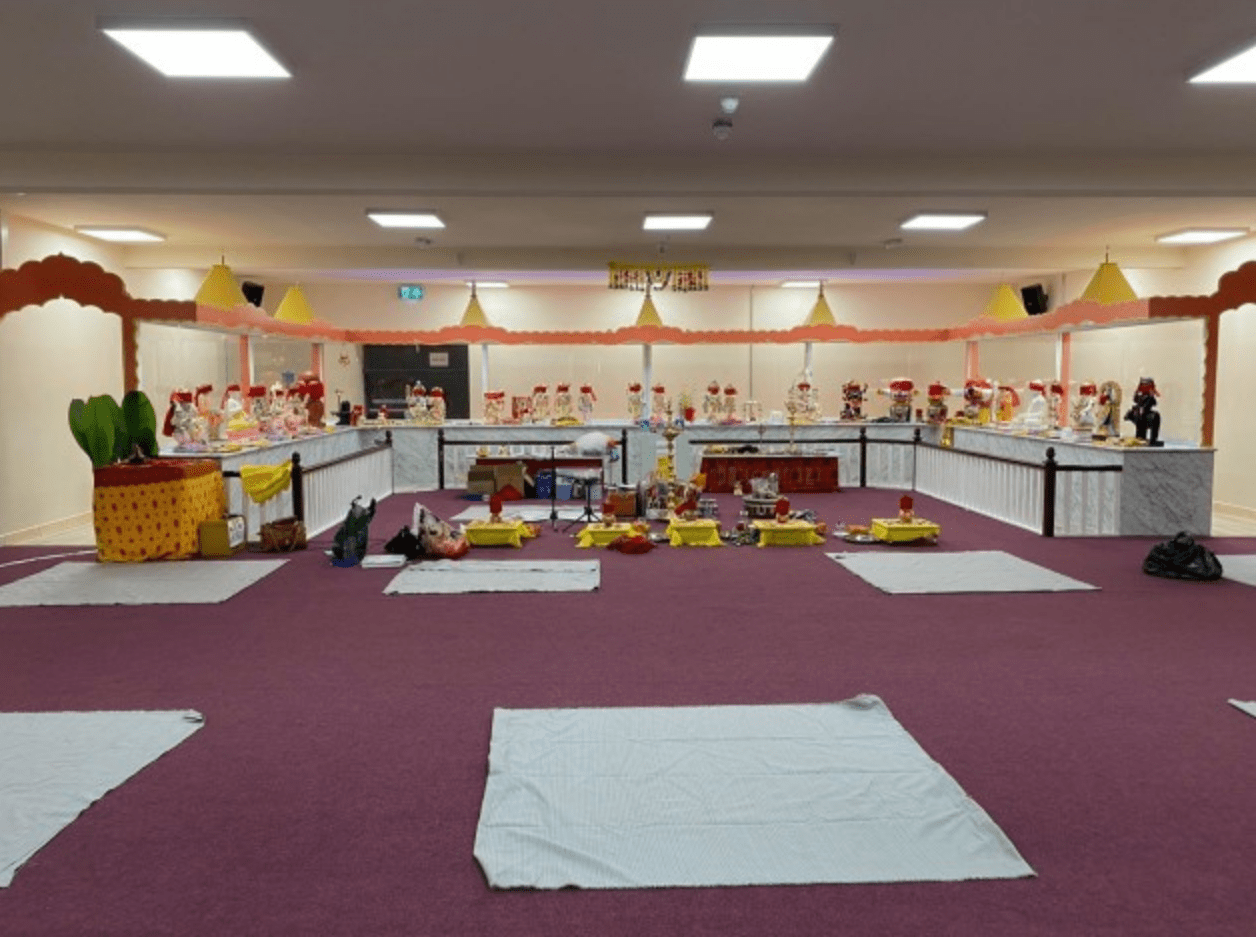 There are, estimated, 25,000 Hindus who live in Ireland, according to the director of the Vedic Hindu Cultural Centre

The Irish Times has reported today that Ireland’s first official Hindu Temple has formally opened its doors this Saturday in Walkinstown after two decades of raising funds and planning by the Irish Hindu community.

The new temple, which is marking, according to The Irish Times, its opening by holding a number of small events over the weekend with limited numbers to keep in line with Covid-19 restrictions, and expects thousands of Hindus from all around Ireland to pass through its doors over the coming months.

While the centre will primarily serve as a place of worship for Hindus, it will also offer meditation and yoga classes, language classes, music and dance workshops and be available for school visits and youth activities for the general public, Sudhansh Verma, director of the Vedic Hindu Cultural Centre of Ireland told The Irish Times.

“The community has been waiting for this for a long time so everyone is very excited. Finally we’ll have a place to embrace our culture, we miss that link here. We expect between 8-10,000 people will have visited by the end of the year but for now we have to keep following restrictions on numbers.”

Mr Verma, who has lead the campaign to find a permanent home for a Hindu temple in Ireland for nearly two decades, says the community has been relying on temporary locations to offer space for worship up until now and described the opening as “a historic moment”.

“Before this we were renting places and moving around all the time. We used community centres, school halls, GAA centres but now finally the hunt is over.

“I remember doing my first prayer session in Clontarf castle in 2001 and we had about 200 people. Back then I could count on my fingers how many people from India and Nepal lived here. But the community has grown a lot.

While the 2016 census recorded just over 14,300 Hindus living in Ireland, Mr Verma says the actual figure, when taking into account the number of students, nurses tech workers who have moved here in recent years, is much closer to 25,000 people.

Asked if the Hindu community has experienced any racism or rejection in this country, Mr Verma told The Irish Times that he’s always found Ireland to be “generous and kind”. He underlined that the new centre at the Sunbury Industrial Estate in Walkinstown would be open to people of “all faiths and religions”.

“We as a religion do not believe in fundamentalism; we believe we are all a family and can have different manifestations of God. We want people to live together peacefully and amicably, that is the main objective. This will not only be a spiritual centre but a community centre.”

He added that he hoped the centre’s kitchen could be used to provide food to homeless people working in partnership with local charities. Teenagers studying religion at Leaving Cert level will be able to attend classes on Hinduism at the temple, he said.

While the centre is open to the public, no walk-in visitors will be allowed while Covid-19 restrictions remain in place and access to the site is only available through pre-booking via the Vedic Hindu Cultural Centre.