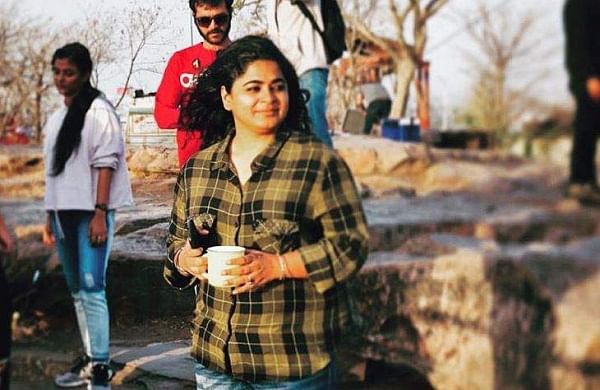 There’s a lilting alchemy of desi-kitsch and gentle self-awareness in Ashwiny Iyer Tiwari films. She did win hearts with Nil Battey Sannata (2015), Bareilly Ki Barfi (2017), and Panga (2020). This quality, if the potential in the heart of her novel is anything to go by, was more than essential here too. The story is of narrator-protagonist Oorja Chaturvedi, a US-returned Indian, whose father is a forest officer and mother a homemaker, who despite great promise, chose her husband and child every day, over her own life, career, and ageing father.

Oorja, barring one traumatic romantic relationship she suffers through, comes off as nurturing unsubstantiated bitterness. Using this as a gateway to her story, does little to help empathise or relate to her more than superficially—we are left wondering what really shapes her confusions and pain. This is especially stark since most of the book is a stream of consciousness from Oorja’s point of view. The benefit of retrospect could have helped immensely. Instead, we are in a fever dream.

The snippets of subpar poetry through the book don’t help. Their purpose presumably is to add some metaphorical exploration. They don’t. There is also a chunk of (unintentional?) identity crisis—in Oorja as well as with the the editing of the book. Let’s start with Oorja. She only goes to the US for her higher studies, so we know she spent at least 17-18 years of her life in India—yet, she cannot understand if a rickshawwallah’s nod is a yes or a no. Later, she arbitrarily states that she is going to follow “each chakra”, “intending to heal every energy path”, and also refers specifically to her “Made-in-America cooling sunglasses”.

Now the editing: Mapping Love annotates basic Indian words—like gully, chaat, and raaga, among many others—which are now mostly common knowledge across national and international borders. It is 2021, even American singer Jason Derulo is making songs and singing about jalebis, but the author and Rupa, an Indian publisher, feel the need to let us know that this is “an Indian sweetmeat”. The book could’ve also done with a better edit—for instance, a recurrent oversight of using the word ‘shift’ where they meant ‘move’; then, there are the sentences that try so very hard; and finally, a conclusion that might’ve done better in an unoriginal, predictable film.

Could this be a problem of medium? Recently, Tiwari addressed this in an interview with a prominent wire service: “…in a screenplay, you are showing ‘this is what it is’…in a book, you are creating a world through words and metaphors”. In order to build a world through their stream of consciousness, the author needs a better fleshed-out and self-aware narrator-protagonist; and surely, the one tenet common across films and novels is that they’d both do well to show, not tell.

Like Loading...
Previous Article
Josquin, 500 years ago the death of the “Michelangelo of music” – Vatican News
Next Article
The Legendary Amnesty Book Sale Is Back