Chemistry Breakthrough: Faster and Cheaper Ethanol-to-Jet-Fuel on the Horizon 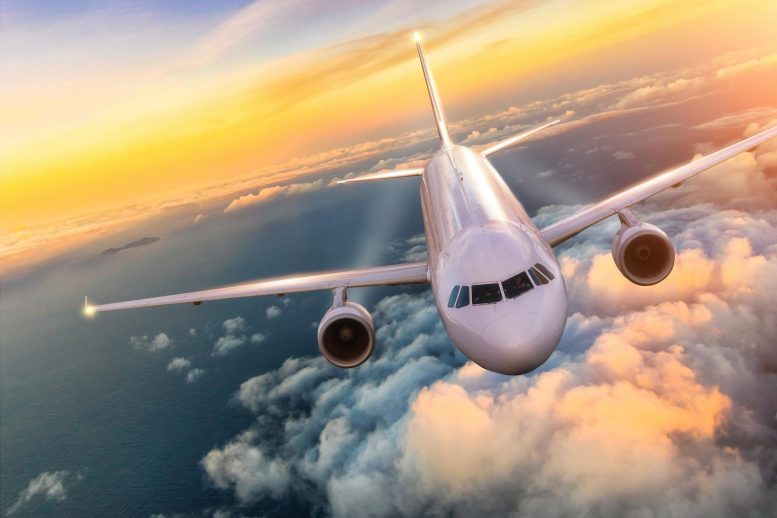 A patented process for converting alcohol sourced from renewable or industrial waste gases into jet or diesel fuel is being scaled up at the U.S. Department of Energy’s Pacific Northwest National Laboratory with the help of partners at Oregon State University and the carbon-recycling experts at LanzaTech.

“Biomass is a challenging source of renewable energy because of its high cost. Additionally, the scale of biomass drives the need for smaller, distributed processing plants,” said Vanessa Dagle, co-primary investigator of the initial research study, which was published in the journal ACS Catalysis. “We have reduced the complexity and improved efficiency of the process, while simultaneously reducing capital costs. Once modular, scaled processing has been demonstrated, this approach offers a realistic option for localized, distributed energy production.”

“The ability to use new multi-material additive manufacturing technologies to combine the manufacturing of microchannels with high-surface-area catalyst supports in one process step, has the potential to significantly reduce the costs of these reactors,” says OSU lead researcher Brian Paul. “We are excited to be partners with PNNL and LanzaTech in this endeavor.” 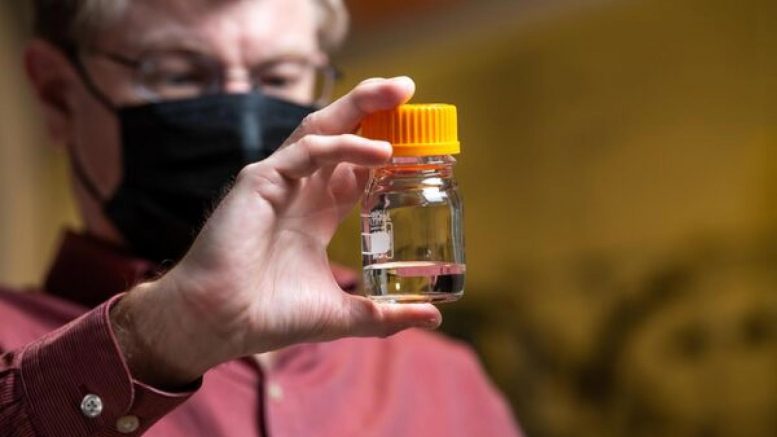 “Due to recent advances in microchannel manufacturing methods and associated cost reductions, we believe the time is right to adapt this technology toward new commercial bioconversion applications,” said Robert Dagle, co-primary investigator of the research.

The microchannel technology would allow commercial-scale bioreactors to be built near agricultural centers where most biomass is produced. One of the biggest impediments to using biomass for fuel is the need to transport it long distances to large, centralized production plants.

“The modular design reduces the amount of time and risk necessary to deploy a reactor,” said Robert Dagle. “Modules could be added over time as demand grows. We call this scale up by numbering up.”

The one-fourth commercial-scale test reactor will be produced by 3D printing using methods developed in partnership with OSU and will be operated on the Richland, Wash. campus of PNNL. 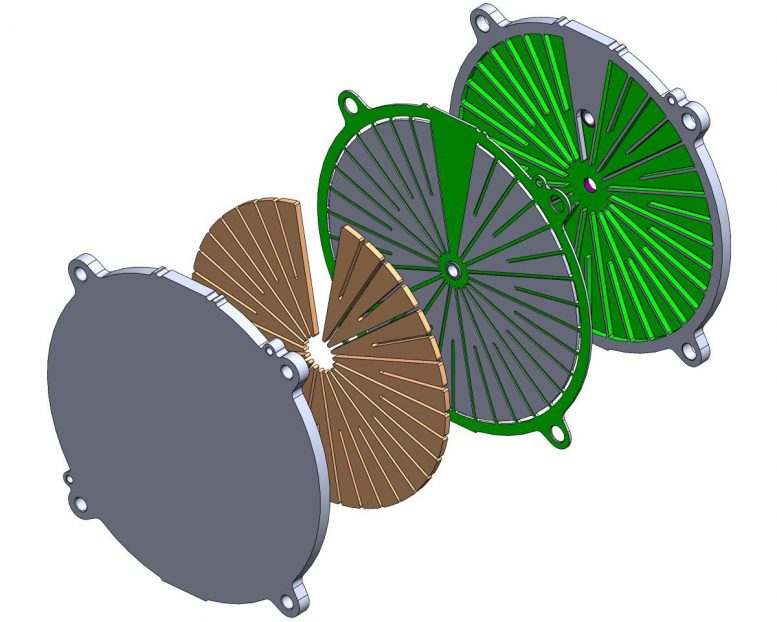 Once the test reactor is completed, PNNL commercial partner LanzaTech will supply ethanol to feed the process. LanzaTech’s patented process converts carbon-rich wastes and residues produced by industries, such as steel manufacturing, oil refining and chemical production, as well as gases generated by gasification of forestry and agricultural residues and municipal waste into ethanol.

The test reactor will consume ethanol equivalent to up to one-half dry ton biomass per day. LanzaTech has already scaled up the first generation of PNNL technology for jet fuel production from ethanol and formed a new company, LanzaJet, to commercialize LanzaJet™ Alcohol-to-Jet. The current project represents the next step in streamlining that process while providing additional product streams from n-butene.

“PNNL has been a strong partner in developing ethanol-to-jet technology that LanzaTech spin-off company, LanzaJet, is employing in multiple plants under development,” said Jennifer Holmgren, LanzaTech CEO. “Ethanol can come from a variety of sustainable sources and as such is an increasingly important raw material for sustainable aviation fuel. This project shows great promise for alternate reactor technology which could have benefits for this key pathway to decarbonization of the aviation sector.”

Since their early experiments, the team has continued perfecting the process. When ethanol is passed over a solid silver-zirconia-based catalyst supported on a silica, it performs the essential chemical reactions that convert ethanol to either n-butene or, with some modifications to the reaction conditions, butadiene.

But even more importantly, after prolonged-duration studies, the catalyst remains stable. In a follow-up study, the research team showed that if the catalyst loses activity, it can be regenerated by a simple procedure to remove coke―a hard carbon-based coating that can build up over time. An even more efficient, updated catalyst formulation will be used for scale-up.

“We discovered the concept for this catalyzed system that is highly active, selective, and stable,” said Vanessa Dagle. “By adjusting the pressure and other variables, we can also tune the system to generate either butadiene, a building block for synthetic plastic or rubber or an n-butene, which is suitable for making jet fuels or products such as synthetic lubricant. Since our initial discovery, other research institutions have also begun exploring this new process.”

The chemical conversation research was supported by the U.S. Department of Energy (DOE), Office of Energy Efficiency and Renewable Energy, within the Chemical Catalysis for Bioenergy (ChemCatBio) Consortium sponsored by the Bioenergy Technology Office (BETO). ChemCatBio is a DOE national-lab-led research and development consortium dedicated to identifying and overcoming catalysis challenges for the conversion of biomass and waste resources into fuels, chemicals, and materials. The public-private, scale-up partnership is being supported by DOE-BETO and the State of Oregon’s University Innovation Research Fund.