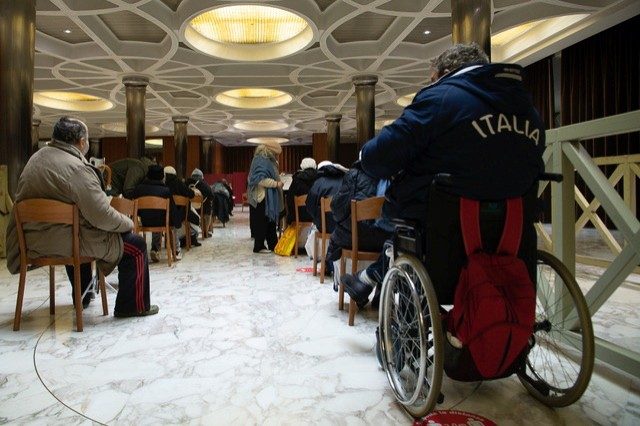 During the summer months, the Office of Papal Charities did not go on holiday. In a statement released on its website, the Pope’s charity writes that volunteers spent time continuing to devote themselves, among other things, “to two of the seven works of mercy: visiting prisoners and consoling the afflicted”.

The statement, released on Tuesday, reads that “in addition to the aid that is regularly given through the chaplains, the ‘charitable arm of the Holy Father’ has made small evangelical gestures to help and give hope to thousands of people in Rome’s prisons. In particular, in recent days, the Papal Almoner, Cardinal Konrad Krajewski, has delivered 15,000 ice creams to the inmates of Regina Coeli Prison and those of Rebibbia.” Both are prisons in Rome, Italy.

Other works of mercy

The other works of corporal mercy, “feeding the hungry, giving water to the thirsty, clothing the naked, housing pilgrims and strangers, visiting and supporting the sick, and burying the dead, are taken into special consideration by the Apostolic Electoral College during the summer months, when many canteens and charitable structures have to limit their activities,” continues the statement.

Therefore, as every year, small groups of homeless people, or those housed in dormitories, were taken to the sea or a nearby lake, near Castel Gandolfo, for an afternoon of relaxation and dinner in a pizzeria.

The statement goes on to read that the poorest people of other nations have certainly not been forgotten either. Through referral and mediation by the Apostolic Nuncios they “receive medicines, pulmonary respirators and medical supplies sent directly from the Vatican by the Holy See’s diplomatic courier service.”

Finally, the statement says that “the corporal and spiritual works of mecry, if applied to every Christian, are even more valuable indications to regulate also the whole action of the Holy Father’s charitable office.”