Why food ran out in stores in the UK? Surprise – this time Brexit is not the reason for the empty shelves, too many people are quarantined at the same time

The phenomenon already has a name: pingedemia. It is estimated that almost two million Britons currently have to isolate themselves because they are either infected with the coronavirus or have been informed by close contact with the infected that they need to stay at home with a “ping” – through the British application for coronavirus or from health authorities.

The country faces completely unexpected challenges. Many supermarkets have problems filling their shelves, the photos on social media illustrate the situation well enough.

According to the BBC, in some areas the garbage is not transported, and the police warn the citizens about expected difficulties due to shortage of employees. Again, due to lack of staff, a number of gas stations were closed and students were sent prematurely on summer vacation.

The pingedemia has sparked debate over whether fully immunized people can avoid mandatory quarantine by testing daily instead. This rule should take effect in mid-August. So far, there are exceptions only for participants in one pilot project and for healthcare professionals.

Many industries, including the retail and meat industries, have insisted that the exceptions apply to them – not without success: because of the critical situation, Prime Minister Boris Johnson’s government has imposed emergency rules on supermarket workers who have been in contact with coronavirus-infected people. The quarantine requirement no longer applies to them – instead they must undergo regular coronavirus tests.

The incidence is increasing

In the UK, the number of new infections has been rising again for weeks – mostly due to the spread of the highly contagious Delta variant. Added to this is the fact that the British government has meanwhile lifted almost all restrictions related to the pandemic. 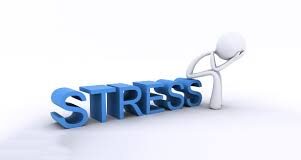