Biodiversity commitment builds hope for ‘living in harmony with nature’ 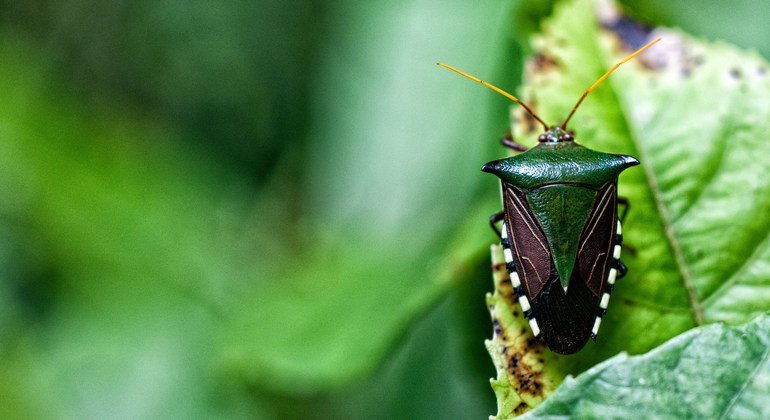 UN News
More than 100 countries on Wednesday committed to develop, adopt and implement an effective post-2020 global framework, that aims to put biodiversity on a path to recovery, by 2030 at the latest.
The Kunming Declaration, adopted at the end of the UN Biodiversity Conference’s latest High Level Segment, which took place in Kunming, China, calls on the States Parties to act urgently on biodiversity protection in decision-making and recognise the importance of conservation in protecting human health.

The Segment opened on Monday – on the road to next year’s UN Biodiversity Conference, COP15 – and resulted also in the creation of the Kunming Biodiversity Fund, with the country’s President Xi Jinping, pledging around $230 billion, to establish the Fund, and support biodiversity in developing countries.

The Japanese Government has announced that it will also boost the Japan Biodiversity Fund, by $17 billion.

Signatory nations will work towards the full realization of the 2050 Vision of “Living in Harmony with Nature”, ensuring that post-pandemic recovery policies, programmes and plans contribute to the sustainable use of biodiversity, and promote inclusive development.

“The adoption of the Kunming Declaration is a clear indication of the worldwide support for the level of ambition that needs to be reflected in the post-2020 global biodiversity framework to be finalized next spring in Kunming”, Executive Secretary of the Convention on Biological Diversity, Elizabeth Maruma Mrema, said.

Key elements of the accord include phasing out and redirecting harmful subsidies and recognizing the full and effective participation of local communities and indigenous peoples, in helping monitor and review progress.

During the high level meeting, the Global Environment Facility, in partnership with the UN Development Programme (UNDP) and UN Environment Programme (UNEP), also announced their commitment to fast-track immediate financial and technical support to developing nations, to prepare for the rapid implementation of the post-2020 global biodiversity framework once it is formally agreed next year at COP15.

The European Union noted the doubling of external funding for biodiversity, while France’s President Macron highlighted “the commitment for 30 per cent of climate funds to be used for biodiversity”, according to a press release from the Convention Secretariat.

The United Kingdom also announced that a significant part of its increased climate funding will be directed towards biodiversity.

In addition, a coalition of financial institutions, with assets of 12 trillion Euros, committed to protect and restore biodiversity through their activities and investments.

Speaking during the high level meeting, the Minister of Ecology and Environment of China, and COP15 President, Huang Runquiu, said that despite progress being made since the first global agreement on biodiversity conservation and sustainable use, with the adoption of the Convention on Biological Diversity, “we are still facing a grim situation of unprecedented global species extinction”.

The Segment so far has been marked by passionate calls for transformative action, including an intervention from Josefa Tauli, an Ibaloi-Kankanaey Igorot from the Cordillera Region in the Philippines, who asked: “In this period that calls for nothing less than urgent, transformative action, my question to you is who are you, and are you who you need to be?”

Countries are expected to adopt the proposed global biodiversity framework in May 2022, following further formal negotiations next January.

The UN Biodiversity Conference consists of three concurrent meetings.  In addition to COP15, meetings of the Parties to the Cartagena Protocol on Biosafety, and the Nagoya Protocol on access and sharing of genetic resources, are also taking place.

The conference is being held in two phases. The current segment runs through Friday and will be followed by in-person meetings in Kunming from 25 April to 8 May 2022.