the President of COMECE ahead of COP26, calls to the EU to tackle the climate emergency

The Catholic Church to the EU ahead of COP26:

“Limiting global warming to 1.5°C is a profound moral imperative”

In a letter addressed to all leaders of the European institutions participating in the upcoming COP26, the President of COMECE, Cardinal Jean-Claude Hollerich, urges the European Union to play a leading role at the international level for a bold response to tackle the climate emergency: “finding a pathway likely to respect the 1.5°C threshold for global warming is a profound moral imperative”.

In the context of the upcoming UN Climate Change Conference (COP26) to be held in Glasgow on 31 October–12 November 2021, H. Em. Card. Jean-Claude Hollerich SJ calls on the EU leaders participating in the event to accelerate climate action and to promote a holistic care of our Common Home.

“The COVID pandemic has brought to light the fact that everything is interconnected and interdependent and that our health is inextricably linked to the health of the environment in which we live” – the letter reads.

“The Earth cries out – reminded Cardinal Hollerich – and those cries have taken the form of soaring temperatures with records being broken across many regions; of deadly floods and wildfires devastating communities across Europe and the world; of material loss compounded by social and psychological trauma.”

Moreover, in this period of global transformation, Europe has a responsibility to respect, protect and promote the rights and dignity of people, not least those in the most vulnerable and marginalised situations.

According to the Cardinal, for the leaders of the EU the UN Conference represents an opportunity to make a difference when meeting other world leaders. “COP26 and COP15 represent critical moments to achieve new ambition. Europe alone – Card. Hollerich states – will not resolve the ecological crisis, but Europe can and should play a leading role at the international level in these upcoming fora: finding a pathway likely to respect the 1.5°C threshold for global warming is a profound moral imperative”.

The letter includes the following concrete requests forwarded to the European leaders:

The initiative for this letter was carried out by the European Laudato Si’ Alliance (ELSiA): an alliance of six Catholic institutions and organisations with the aim to adapt the comprehensive approach of the encyclical letter Laudato Si’ and related Church teachings to a European context with a special focus on the institutions of the European Union.

Cardinal Jean-Claude Hollerich is the ambassador of the European Laudato Si’ Alliance.

Letter to the leaders of the EU 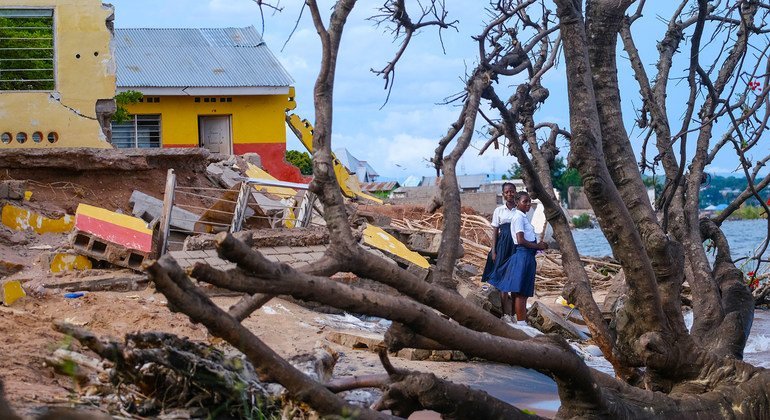