Why are planes painted white?

The expert told why white planes without identification marks are kept at airports.

There are several options for their use. Frequentflyers.ru explained how and where white-tailed aircraft models are used.

Photos of aircraft that lack the airline’s logo can often be found both at airports and simply in photos on the Internet. In fact, these are the models that were released, but for some reason were not transferred to customers. Sometimes it happens that more aircraft are produced than it has time to sell, or the company unexpectedly cancels its order. Boeing now reportedly has 200 white 737 MAX models and two 747-8 models.

Usually some company buys such planes anyway. True, on more favorable terms than the one who refused. An example is Southwest, which adjusted an order for 30 MAX models because Delta had abandoned them.

Sometimes planes are specially repainted white in order to hand them over to the lessor. This saves time transferring them to the next owner.

In addition, there are airlines that do not apply symbols on aircraft models at all (in Russia, this is iFly, earlier – VIM-Avia). Usually these are the planes ordered by travel agencies. Another option for using white liners is the transportation of officials (business jets).

It is important to understand that repainting in white does not always happen, but only if such a procedure is provided for by the lease agreement. Some lessors demand that the board be returned to them not branded (i.e. in the livery of the airline), but in a neutral white color. This is necessary so that the plane can be leased to another carrier almost instantly – without the need to look for vacant areas in the paint shops and spend time and money on repainting, while the “colored” one can hang for a longer period. Moreover, the world is full of airlines that fly perfectly on completely white planes: for example, in Russia it is iFly or the deceased VIM-Avia. As a last resort, you can quickly apply a sticker with the airline logo to a white background, and that’s all. The world is full of liveries, which are simply inscriptions on a white background.

It comes to curiosities – even if the plane, after returning to the lessor, is sent to scrap metal, the livery of the last operator will still be painted over if such a clause was in the contract.

Why exactly white? When you’re at the airport, note that in most airline liveries, the white background is the dominant color. And this is not at all due to a lack of imagination or a desire to save money, but for practical reasons.

Firstly, white paint reflects light and the plane does not get so hot in the sun when it flies (this is the reason why people in the south like white Lada, not black or blue).

Third, the white plane is better seen in the sky by other pilots and birds. According to statistics, there are fewer “bird strikes” with white planes than with the rest.

And finally, the fourth advantage: a white plane is easier to maintain, since cracks, dents, metal deformation, etc. are clearly visible against a white background. Black has only problems in this regard.

Previous Article
Are there any animals with Down syndrome?
Next Article
See what happens to our brains when we are in love 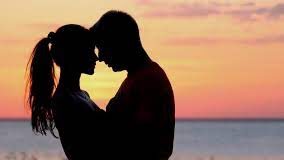