Why should we love our enemies? 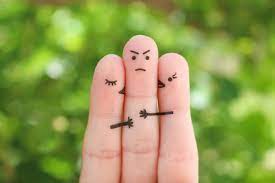 The Russian Orthodox priest Pavel Serzhantov is looking for an answer to this question through the views of the Venerable Elder Siluan on the website pravoslavie.ru.

“Love your enemies, bless them that curse you, do good to them that hate you, and pray for them which despitefully use you, and persecute you” (Matt. 5:44). The commandment to love one’s enemies is a hallmark of Christianity. There is nothing like it anywhere else. Why? Because love for enemies is considered by people to be something unnatural, pathological, insane, subjecting the good man to the blows of the enemy. Who can call people to such unthinkable love?… Only the One Who created all people, good and bad, friendly and unfriendly. To Him all people are as precious as His own children.

He does not want us to quarrel, to hate each other. Enemies are foreign only to us. To Him they are also His deluded children. As a Father, He does not want His sons and daughters to quarrel, He seeks to reconcile them. The handwriting of God the Creator is felt in the gospel words “Love your enemies.”

And yet how difficult it is to keep this commandment! It is much easier to read it quickly and think about something else, more understandable, more interesting. Forgetting that Christ gave us this commandment not “for information” but for practical fulfillment. The Venerable Elder Siluan, as well as all true Christians, knew about this practical attitude to the New Testament. Here is what St. Ignatius Brianchaninov advises us:

“While reading the gospel, do not seek pleasure” do not seek brilliant thoughts: seek the infallible holy truth. Do not be content with just one reading of the Gospel; try to obey his commands, read him with your life. This is a book of Life and we must read it with our lives.

There are brilliant thoughts in the gospel, but that is not the point. The Gospel parables contain vivid artistic images, one can enjoy them as talented prose and poetry; and again this is not what the Christian wants. If we read the gospel only for intellectual or emotional enjoyment, then our reading is fruitless and does not produce the desired result. It will be fruitful if we read the gospel with our lives, with our deeds.

But how to read with life and deeds the commandment to love one’s enemies? Difficult, but possible! Everything is possible if we make an effort, if we overcome ourselves. You read – and with God’s help you forgive the old insult, you stop nurturing in your heart hostile feelings towards someone, you throw the prepared revenge in the dump…

Every church person will confirm that after a family quarrel you cannot pray, prayer in a state of hostility becomes a mechanical utterance of words. And if you go to reconcile, to ask for forgiveness, the prayer is revived. Why? Love for the one who has offended us opens a new, better way for us. Reverend Siluan also knew this.

Christian love builds steps to heaven, and Elder Siluan lists them in his writings:

“There is a little love, there is a medium love, there is a big one. He who fears sin loves God; he who has compassion loves more; he who has light and joy in his soul loves even more; and if grace is in his soul and body, he has perfect love. The Holy Spirit has given such grace to the martyrs, and it has helped them to endure all suffering courageously. ”

From his childhood, Siluan had a friendly disposition, but even he sometimes found himself against his will in a poisonous atmosphere of hostility, tormented, resisted the spirit of enmity. We will note two such periods in the life of the old man.

The first period, short, from 1909 to 1913, was the Imeslav turmoil in the Athos monastery “St. Panteleimon ”.

It is known that the old man Siluan did not take part in the disputes over God’s name, did not try to dissuade the people of Imeslav and to calm down their heated opponents. And the controversy was heated. In the monastery where the old man Siluan lived, there were insults, slander, threats, and a fight. The old man saw that the gracious theme of God’s name provokes who knows why not the multiplication of love for God and neighbor, but fierce disputes, anger, rage, insults, enmity. And this literally destroys the spiritual life of the people who came to Mount Athos to find here a quiet haven of salvation.

The New Testament speaks of love, we are not commanded to hate. Of course, one may say, “I can forgive my personal enemies, and I am even obliged to do so, but I have no right to forgive God’s enemies, that is something else.” But let us listen again to what God has commanded: “LOVE YOUR ENEMIES.” God has commanded us weak people to love our enemies – is it possible that He Himself hates His enemies at the same time and expects the same from us? “God is love” (1 John 4: 8).

This first period of enmity between the brothers invaded the Panteleimon Monastery and ended in 1913.

But as soon as the passions subsided, another period began, also charged with hatred – in 1914 the First World War broke out. The old man was not at the epicenter of the events, but the consequences were visible to all: blood and enmity. The world changed terribly after the war, which ended the New Age. Civilized European nations showed great inhumanity during this war.

The First World War led to the revolutionary events of 1917 in the homeland of the old man Siluan. After the revolution came the civil war, the brother hated and killed the brother. Violent persecutions broke out against the Church. In those years, receiving a sacred ordination almost certainly meant signing a death sentence. Recently I had the opportunity to kiss the relics of the holy martyr Hilarion (Trinity). In 1920 he was ordained a bishop. Persecutors arrested him for his resistance to the renewed schism they maintained. In 1929, the martyr died while being transferred from one prison to another, among other prisoners from Solovki like him.

The time of persecutions and trials did not end, these horrors were hotly debated by the monks with whom the old man Siluan lived. People were tormented by fear and anxiety for relatives, friends, fellow believers in the homeland, they were filled with terror, condemnation and anger. And this also destroyed the sublime spiritual attitude of the ascetics. The old man understood that in these circumstances only Christ’s commandment to love one’s enemies could help.

Reverend Siluan repeatedly returns to this subject, he writes:

“He that hath the Holy Ghost in himself at least a little, he grieveth for all the people day and night, and his heart hath pity for every creature of God, and especially for those who do not know God or oppose him. He prays for them day and night. more than for himself, he prays that all may repent and know the Lord. ”

Who opposed God in the 1920s and 1930s? These were the militant atheists, they were destroying their souls, and so the old man felt sorry for them and tormented himself for them. The heart of the Venerable Siluan mourns for the whole nation, because the whole nation suffers – the faithful suffer from persecution, and the persecutors are doomed to eternal destruction…

In the writings of Elder Siluan, the theme of enmity and persecution against the Church is clearly expressed:

“The Lord has commanded us: Love your enemies. But how can we love those who persecute the Holy Church? When the Lord went to Jerusalem and the Samaritans did not receive Him, John the Theologian and James were ready to shoot down fire from heaven and destroy them for it; but the Lord [forbade them] and said mercifully, “I came not to destroy, but to save” (cf. Luke 9: 54-56). So we must have one thought: all to be saved.

We can often observe how, for some reason, the fire of hatred is kindled more and more. People are drawn into what seems to be just indignation, protest, and are increasingly immersed in an atmosphere of passion and anger. And all this from the best motives. Here, let’s say, we feel that we are also involved in this process… Let’s stop, remember that GOD IS LOVE, and that we are given a ready and radical cure against the evil we are protesting against, and in which we are actually immersed. alone: ​​LOVE OF ENEMIES. Christ Himself gives us this medicine. It has been tested in action by the righteous, by the old man Siluan, and not only by him. This is the best medicine against the hatred and malice of this world. Amen.