We may soon reach “a tipping point” when antimicrobial resistance (AMR) becomes the leading cause of death – surpassing heart disease and other so-called lifestyle illnesses, the Food and Agricultural Organization (FAO) said on Wednesday.
The wide use of antibiotics and other antimicrobials has led to growing resistance to their effectiveness.

It is estimated that each year, 700,000 people die from AMR-related causes and FAO Chief Veterinary Officer Keith Sumption said that if no actions are taken, the annual tally could soar to some 10 million by 2050.

The warning comes as the World Health Organization’s (WHO) latest HIV Drug Resistance Report revealed that in 2020, 64 per cent of countries with a high burden of HIV infection had national action plans to prevent, monitor and respond to HIV drug resistance.

The report noted however, that an increasing number of countries are approaching the 10 per cent resistance threshold to pretreatment HIV drugs, which, when reached, must urgently change first-line HIV treatment.

The report also found that people who have had previous exposure to antiretroviral drugs are three times more likely to resist them.

Based on recent surveys conducted in 10 countries in sub-Saharan Africa, nearly half of newly diagnosed infants with HIV carry drug-resistant HIV before initiating treatment.

Moreover, the report indicated that the number of countries achieving high levels of viral suppression increased from 33 per cent in 2017 to 80 per cent in 2020.

However, it also emphasized the need for routine viral load monitoring to respond to HIV drug resistance.

Minimizing the spread of HIV drug resistance is a critical aspect of the broader global response to antimicrobial resistance, WHO said.

Based on his doctoral research in southern Africa, Dr. Sumpton concluded that to mitigate and contain the risks of these drugs, clear alternatives were need for livestock and crop producers, including “good animal hygiene and management”.

Other options, such as enhanced animal nutrition, was also advised.

“It’s similar with crops”, he said. “Much can be achieved with good soils, good genetic selection and good seeds…[and] reducing the use of antimicrobials in crop protection, notably with rice, tomatoes and citrus”.

The use of alternatives to antibiotics such as vaccination, probiotics and prebiotics in feed, may reduce the likelihood of AMR.

“The goal is not to eliminate antimicrobials – but to preserve their utility”, said Dr. Sumption.

Previous Article
Critical raw materials: The EU should secure its own supply
Next Article
Vatican: Assisted suicide not an answer to suffering 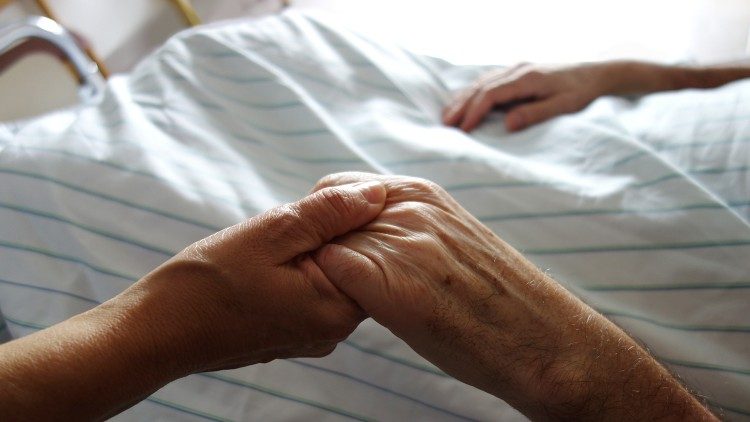