How Do You Get Religion Understood?

Church attendance in the U.S. is on a 20-year nosedive. From 70% attending services in 1999, it has declined year after year to 47% in 2020 according to Gallup. Further troubling numbers show parishioners out of touch with their faith, as in the case of Roman Catholics, where 69% don’t understand core tenets.

In the Roman Catholic Church, clergy are looking for solutions to attendance and religious education. Efforts to make the tenets more available started in 1963 with the Second Vatican Council where the liturgy, which had been delivered only in Latin in Catholic churches for more than 1,800 years, was switched to the local language of each church. In 1992 came publication of Catechism of the Catholic Church, the official text on Roman Catholic doctrine. Further, the availability of books, translated materials and videos has increased exponentially with the advent of the Internet.
Notwithstanding, the result is 69% of Catholics believe the bread and wine of the Eucharist (a central rite of the Roman Catholic Church) is symbolic – completely contrary to the Roman Catholic belief of the transformation from bread and wine to the body and blood of Jesus Christ. Bishop Robert Barron described the results of the survey as “deeply disturbing” and a failure in teaching their doctrine.

But a group is trying to solve this problem and show how the Catechism can be relevant to the layperson, not just the clergy. Real+True was founded by Emily Mentock, Edmund Mitchell and Edmundo Reyes who have set out to create content inspired by the Catechism that is captivating and relevant.

The core content is a series of videos. Four videos make up a unit and there are 12 units comprising each of the four pillars of the Catechism. The videos are not simply a rendition in pictures but each is a narrative journey inspired by the Catechism. Each video takes a new topic, analogizing Man’s search for God as it manifests itself in real-life: from the history of maps, as an expression of Man’s deep desire to locate himself in relation to the universe, to the popularity of genetic testing as a parallel to searching for the source of his spirituality. The subjects are intriguing, informational and find harmonics between Man’s search for answers in the physical world and his quest for spiritual enlightenment.

Real+True is part of The Catechism Project, a global initiative sponsored by OSV (Our Sunday Visitor). It joins an ever-increasing field of religious educators putting content online: Filip Holm, a scholar in Comparative Religion and creator of the Let’s Talk Religion YouTube channel, covering religion from the viewpoint of academia; The Lutheran World Federation’s Open-Access Public Theology Resources series of lectures on public theology, which can be defined as the practice of drawing on the resources, insights and compassionate values of the Christian faith to contribute to the welfare of society; and Rev. Daniel J. Mahan’s ambitious Tour of the Catechism, covering the entire Catechism in 111 videos.

With both congregations and clergy making religious doctrine increasingly accessible, there is hope that such education will lead to fuller houses of worship, increased engagement of religion in the public space, and religious practice finding a resurgence in our modern society. 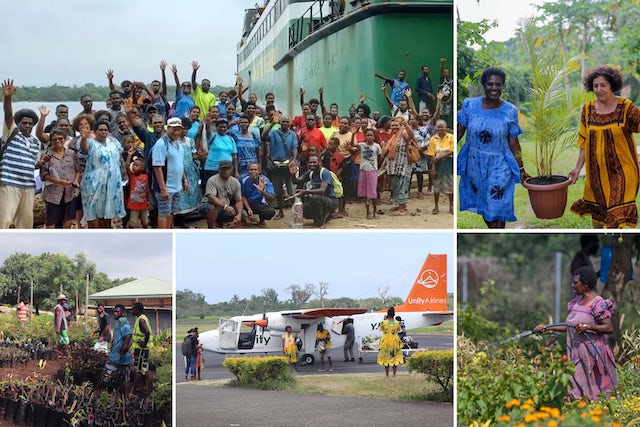