Religious News From Around the Web November 1, 2021

President Joe Biden says Pope Francis told him he’s a “good Catholic” and should keep taking Communion when the world’s two most prominent Roman Catholics met at the Vatican on Friday. Some conservatives such as Cardinal Raymond Burke, however, have called for Biden to be denied the sacrament because his outspoken support for abortion rights and same-sex marriage contradicts church teaching. Speaking to reporters after an unusually long, 75-minute private audience with the pope, Biden described the meeting as “wonderful” and said the pope blessed his rosary beads and prayed for him.
Buddhist Reality and Freedom From Illusion

One of the Tibetan Buddhist words for the dualistic mind means something like “a magician creating illusions.” All of our thoughts are magical illusions created by our mind. We get trapped, carried away by our own illusions. We forget that we are the magician in the first place!” We think our thoughts—especially those that make up our sense of self—are substantial and lasting. The truth is that they are not. They are completely illusory. Even our bodies are illusory.
Ásatrú, Viking Religion on Rise in Iceland 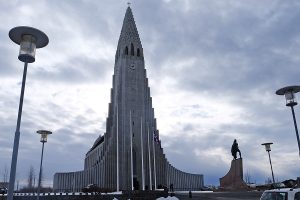 By the end of the 9th Century, the King of Norway wanted Iceland to become Christian and sent a warrior missionary, named Thangbrand, to convert the country and in the year 1000, Norway’s wish came true. Iceland’s legislative and judicial body, the Althing decreed that Christianity would be nation’s sole religion. But in recent times, the pagan religion has seen a resurgence. Iceland’s government recognized Ásatrú as a formal religion in 1973, and it’s since become one of the country’s fastest-growing faiths. The Ásatrú Association of Iceland — which formed in 1972 and lobbied for the legal recognition — claims to be the nation’s largest non-Christian church.
Religious Exemption to Vaccine Mandates Rejected by Supreme Court 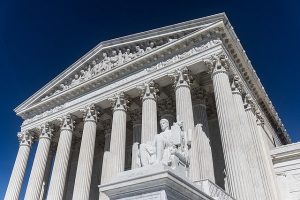 The U.S. Supreme Court last Friday allowed a vaccine mandate for Maine health care workers to remain in effect, rejecting an emergency request from workers who argued that they should receive religious exemptions. The brief order was a rare instance of the court deferring to a state COVID-19 policy in the face of religious-rights claims, and the decision split the court’s conservatives. The three most conservative justices — Clarence Thomas, Samuel Alito, and Neil Gorsuch — argued in dissent that Maine’s mandate unconstitutionally discriminates against health care workers with religious objections to the coronavirus vaccines. Two other conservatives — Justices Brett Kavanaugh and Amy Coney Barrett — agreed with the decision not to intervene, saying the court’s emergency docket is not the right place to resolve the merits of the workers’ claims.

America: An Evolving Identity or a Culture Under Attack? Findings From the 2021 American Values Survey 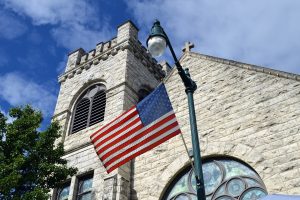 Has America always been a force for good in the world? Is the country evolving or eroding? Is belief in God important to our national identity? Religious belief or lack thereof, political party affiliation and other factors show the depth of our ideological divides in a recent survey. In the 2021 American Values Survey, overwhelming majorities of white Christian groups agree that America is a force for good, including white evangelical Protestants (88 percent), white mainline (non-evangelical) Protestants (88 percent), and white Catholics (85 percent). Two-thirds or more of Hispanic Catholics (73 percent), other Christians (71percent), Black Protestants (69 percent), and members of non-Christian religions (66 percent). Religiously unaffiliated Americans (58 percent) are the least likely to hold this belief.