Unwelcome to ‘Hygge’: The Alienation of Muslim Immigrants in Denmark

The recent changes in the immigration policy stance of the Danish government have led to widespread discontent among immigrants, especially Muslims

The monotony of open spaces and concrete structures on Edwin Rahrs Vej, a road lined with industrial parks, and ‘ghettos’ among other places, is broken by the colorful façade of Bazar Vest, a shopping area in Aarhus. Here, one can find everything non-western—from Indian spices to hijabs.

Bazar Vest was developed by Danish building company Olav de Linde over 11,000 square meters in 1996, with shops rented mostly to immigrants from the Middle East. The idea was to integrate them into Danish society through job opportunities.

If Bazar epitomizes what Denmark has to offer to an average immigrant, the lives of people working inside it exemplify the rising struggles of a typical immigrant in the country.

In the last five years, the Danish government has introduced a slew of measures that have made life for immigrants in Denmark difficult. Some of these include revoking residence permits of refugees, the opening of deportation centers, bringing separate laws for people residing in immigrant hubs or ‘ghettos’, and curtailing English language courses from university education.

Hasan, who works at a store at Bazar Vest, turned 33 last month. He has been seeking to get married to a woman from his home country, Turkey, for quite some time.

“If I marry a woman from Turkey, it would be tough to get a residence permit for her. The laws are strict and even stricter for Muslims. I might remain single,” says Hasan. According to the law, the Danish government reserves the right to prod into the history of the personal relationship of a couple, if it suspects a foul play behind the intention of the marriage.

Ahmad, who runs an electronic shop at Bazar, was born and raised in Europe after his father migrated from Lebanon in the 60s. He recently left the membership of the ruling Social Democrat Party (SDP), as he felt being ‘profiled and alienated.’ “They (Danes) really don’t like us,” says Ahmad.

About 1.5 KMs away from Bazar Vest is Gellerup, home of hundreds of people from some of the war-torn and economically strained regions in the world.

Gellerup is one of Denmark’s poorest areas, officially one of its biggest ‘ghettos,’ a term applied by the Danish government to areas with a high non-western immigrant population, crime rate, joblessness, and lower education, among other things.

More than 90 percent of residents in Gellerup, like any other typical ghetto, are Muslims from Turkey, Lebanon, Somalia, and Iran, according to a  report on the Muslim population in Denmark by the EU Monitoring and Advocacy Program in 2007. There are 15 residential blocks in Denmark that qualify as a ‘ghetto.’

The year 2015 was a watershed year in the history of migration in Europe, as persecutions in Syria, Afghanistan, and Iraq led many people to flee from their countries.

A record 1.3 million migrants, mostly Muslims, applied for asylum in the 28 member states of the European Union (EU), Norway, and Switzerland in 2015, according to an analysis by the Pew Research Center. This was nearly double of the previous high of 700,000  in 1992 after the collapse of the Soviet Union.

Denmark too saw an extensive influx of refugees in 2015, mostly from Syria.

In November 2015, the Danish Government announced 34 tightening measures to make Denmark less attractive for asylum seekers and immigrants. This included asylum stay for a shorter time, the increased processing time for family reunification and stricter requirements for permanent residence permits.  Around the same time, Denmark for the first time opened two deportation centers.

In 2018, the government introduced a new set of laws, dubbed as “Ghetto Package.”  Under it, the Police can be harsher in cracking down on people residing in ‘ghettos.’ The convicted can face sentences twice as long as people residing outside the areas.

The law also mandates that “ghetto children” must be separated from their families for at least 25 hours a week for mandatory instruction in “Danish values.”

In March this year, the government withdrew the asylum status from several Syrian refugees in Denmark as it considered Syria a ‘safe’ country—the only country in the EU to do so.  In the same month, the government passed a new law under which the Danish government can transfer asylum-seekers into detention centers in countries outside Europe.

“Refugees’ rights have deteriorated in a very serious way, because of political decisions. Economic restrictions have also been imposed on refugees. They are now eligible to half of what an unemployed Dane gets in social benefits. The same goes for children and the elderly,” says Michala Clante Bendixen, head of Refugees Welcome Denmark, an NGO which deals with migration issues.

“It is clear, that it is going worse and worse. I am wondering if Denmark will give Syrians the freedom to leave for any other EU country. Right now, Syrians are stuck in Denmark because of its international commitments. Recently, many, who had left Denmark to other EU countries were sent back to Denmark. This is because of the EU laws and the refugee convention, which Denmark is part of,” said Abdullah Alsmaeel, Researcher at Tufts University.

The Days of Deportation Camps

On June 29, 2021, Alysia Alexandra, a Danish-American human-rights activist,  in a Tweet said, “Bibi, a 92-year-old Afghan refugee with dementia, died in a Danish deportation camp. She died after days of complaining of pain with no reaction from the center.”

Earlier, she had tweeted threads telling stories of young Syrian students forced to leave education in Denmark, as their residence permits got revoked.

The claims in Alexandra’s Tweets could not be independently verified and mails sent to Rasmus Stoklund, the SDP’s immigration speaker remained unanswered.

Denmark opened two deportation centers, at Sjælsmark and Kærshovedgård respectively in 2015 and 2016 respectively. These camps house stateless asylum seekers, as their pleas for asylum have already been rejected. The facility at Kærshovedgård was previously a closed prison, about 300 KM of Copenhagen, located in the forest area, inaccessible by public transport.

This apart, Denmark has three detention centers for people whose applications for asylum are under review.

In a report based on the visit at detention centers in Denmark in 2019, the  European Committee for the Prevention of Torture and Inhuman or Degrading Treatment or Punishment (CPT) noted, “The CPT considers it unacceptable that the living conditions in both migration detention centers were prison-like and that the prison rules applied to all detained migrants.”

The report raised concerns over practices like depriving the immigrants of mobile phones or internet connectivity. If they were found to possess one, the punishment included 15-days of solitary confinement.

In 2017, the asylum seekers at Kærshovedgård went on a hunger strike, as they described the living conditions as “unbearable.”

“Those centers (deportation centers) are not only symbols but very concrete elements of the hard policy for rejected asylum seekers,” says Bendixen.

According to Bendixen, there are usually around 1.000 people housed in deportation centers at any point of time. Of the three detention centers, Ellebæk is a real closed prison, used only for asylum seekers, she adds.

From the Lens of Government

“The Muslims who come here are from war-torn regions. For them, stealing and hitting other people is normal. So, I also understand the thought process of the Danish people. It is also the reason, that racism is increasing in Denmark,” says Seyhan Morabuht, general secretary of the Tyrkisk Kulturcenter in Aarhus, which also runs one of the biggest Turkish mosques in the city.

“We are teaching our children the right manners, just like any other normal family would do. But we have to do it harder because when an outsider commits a crime in Denmark, it comes on the front page of the newspaper,” adds Morabuht.

In September 2014, Fadi Abdallah, a spokesman for the Grimhøj Mosque in Aarhus, in an interview with Den Korte Avis said, he supported the terrorist organization, Islamic State (ISIS).

Another report by  The Local in 2014, states that at least 100 men had left Denmark to join ISIS, with at least 22 from Grimhøj Mosque

“People must also know that what ISIS is doing is not Islam. ISIS sympathizers are not Muslims,” says Morabuht.

Despite many struggles, the new generation of immigrants in Denmark sees a bright future in the country.

“Life is fine here, and the salary is pretty good,” says Mohammad, a 22-year-old student of Finance from Aarhus University.

During his free time, Mohammad works as a cab driver and earns between 15000-20000 Krones a month.

His father came as a construction worker in Denmark in the 90s, but Mohammad hopes to work as an investment banker one day.

Occasionally, Mohammad also enjoys the Danish Hygge,  a term described by the Danes as “taking time away from the daily rush to be together with people you care about – or even by yourself – to relax and enjoy life’s quieter pleasures.”

Namrata Acharya is an independent journalist in Denmark. She writes on issues related to the economy, finance, public policy, and environment. She was been a part of several international fellowships, including the World Press Institute fellowship, USA, in 2011 and Media Ambassador India-Germany Fellowship in 2017. She is currently pursuing her Masters' degree in Journalism, Media and Globalisation at Aarhus University. 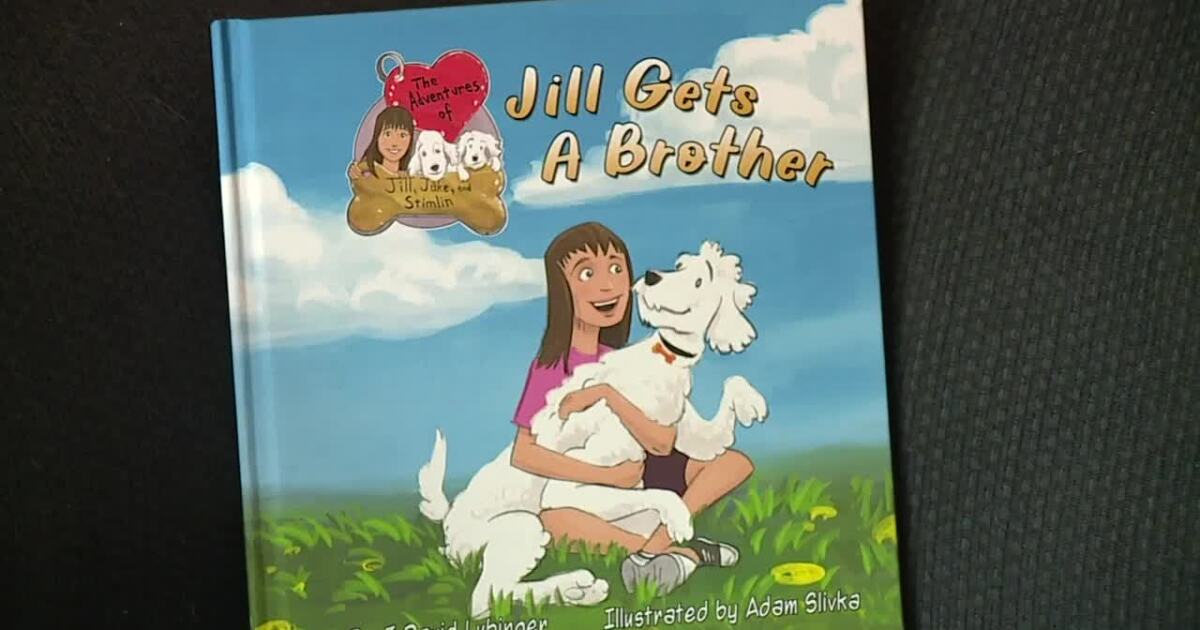