Western Sahara announced the end of the truce with Morocco

The Armistice Treaty was signed in 1991

The leader of the self-proclaimed Sahara Arab Democratic Republic, Ibrahim Ghali, announced the end of the observance of the ceasefire with Morocco. The truce has been observed since 1991. Writes about this CNN.

Ibrahim Gali is also the secretary general of the military-political organization Front Polisario, it was between this organization and Morocco that an armistice agreement was signed. Gali has already accused Morocco of violating the treaty and announced that he had signed a decree announcing the termination of the obligation to observe the truce.

Earlier, a senior member of the Polisario Front, Mohammed Salem Ould Salek, said that the Moroccan authorities are engaged in fomenting war in the region. Western Sahara forces are taking defensive action in response to Morocco’s military operation, he said.

The UN has already stated that it supports the peacekeeping mission in Western Sahara, and attempts have been made to persuade all parties to avoid escalating hostilities and maintain the ceasefire, but to no avail.

Over the past years, more than 100,000 people from the area have become refugees due to the conflict, according to a Global Security report.

The ground forces of the Royal Moroccan Army continue to operate the T-72B. Despite the receipt of 222 American-made M1A1SA Abrams tanks, the command is not going to abandon Soviet vehicles – they have established themselves as simple and reliable.

Recently it was reported that they began to install new sights with the French thermal imaging camera Catherine FC, which have a significant advantage over the old infrared night vision devices. So, the detection range now reaches 5000 meters.

True, so far not a single photo with the “Beshki” modernized in this way has been made public.

As for the М1А1SA Abrams, in September it became known that the last 222nd tank had been received.

The agreement on their transfer within the framework of US military assistance to this state was concluded nine years ago. The first batch of 22 units was delivered in July 2016. In the same month, a solemn ceremony of their adoption was held.

Before being sent overseas, the tanks, previously withdrawn to the reserve, underwent the necessary overhaul and modernization, during which they received updated turret equipment, including target tracking assault rifles.

It is expected that in the coming years the implementation of a new contract for the supply of 162 more modern М1А2М will begin.

Prior to this, Abrams tanks in Africa were in service only with the Egyptian army, which has more than 1100 units of such equipment.

Tags:
Previous Article
A wind blows ash over Alaska from a volcano that erupted more than a hundred years ago
Next Article
Former Chukotka bishop Diomid died in an accident 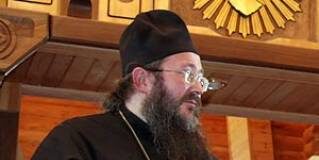