The second cheapest country after Turkey expects 6 million tourists, despite the absence of...

News desk - 24 June 2022 0
The CEC Annual Report 2021 titled “Churches Together for Hope” is now available. The report provides an overview of activities carried out by the Conference of European Churches (CEC), highlighting accomplishments and challenges, the organisation navigated in 2021.

Why do we wear the wedding ring on the ring finger?

China bought a record amount of Russian oil in May

BOOK OF THE WEEK

As much as for her classic films (Cleopatra, Who’s Afraid Of Virginia Woolf?), Elizabeth Taylor was famous as part of art history — all those Warhol screen-prints — and fashion photography.

For nearly half a century (she died in 2011 at the age of 79) she appeared on posters and magazine spreads, wearing swimsuits and showing off her dazzling diamonds.

From the beginning, as a young star of Lassie films and National Velvet, she was conscious of her physical image.

A new book shares formal portraits of Elizabeth Taylor (pictured), who appeared on posters and magazine spreads for nearly half a century

Her most startling attribute, however, was the colour of her eyes — a vivid shade of violet, as captured in pictures by Douglas Kirkland. She knew how to accentuate them, especially when she appeared in Cleopatra, which cost tens of millions and took years to complete.

Much of this time was spent waiting for Taylor to emerge from her dressing-room. Her elaborate eye make-up, the lids plastered with sequins, took an age. ‘I think Egyptian dress and make-up are very becoming to a woman,’ she said — and it quickly caught on as a Swinging Sixties style.

In her films, Taylor is often gazing at herself in a mirror. It’s almost as though she was amused by her astonishing beauty.

Everything is tremendously artificial, nevertheless. Even in her private life, Taylor employed a full-time entourage of hairdressers, make-up people and wardrobe assistants.

She was always late for events, as the preparations were extensive — there’s an interesting picture in the book, by Terry O’Neill, of her make-up table. It’s hard to believe the vast array of cosmetics and sprays, lipsticks, brushes and cotton wool pads.

What this means is that photographs of Taylor in her natural state are very rare. There’s one here, snapped by Eva Sereny, and I’m not sure I like seeing the white streaks in the raven tresses, her careworn complexion. I much prefer the lovely elegance captured by Milton Greene in the 1950s, when Taylor was married to Michael Wilding.

For this is a book mainly of formal portraits, where a great deal of retouching has gone on. 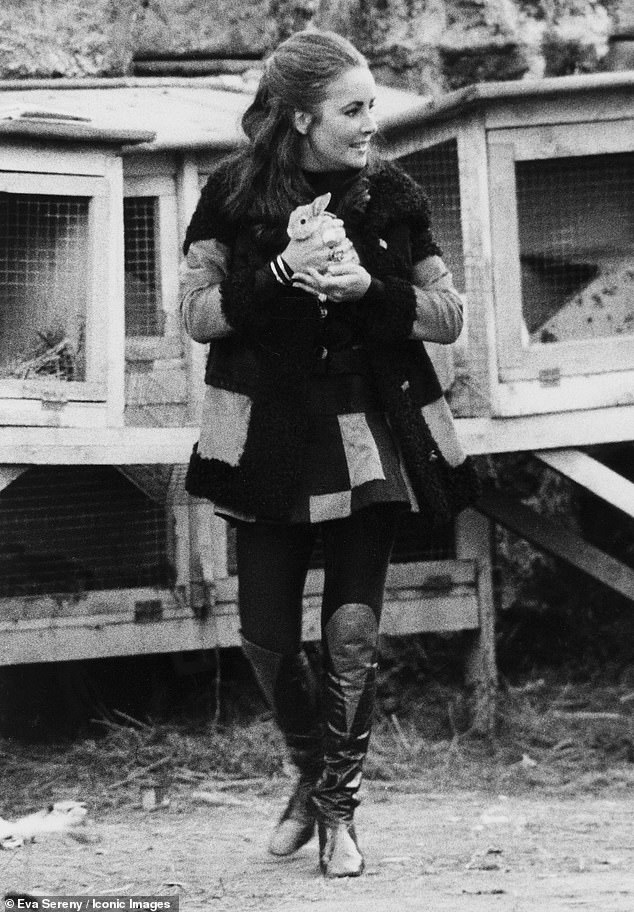 Terry O’Neill comments that before the star appeared in person, the photographer would have done a lot of tests with the lighting and the camera. Pictured: Elizabeth off duty in 1972

As Terry O’Neill comments, before the star appeared in person, the photographer would have done a lot of tests with the lighting and the cameras.‘ Nothing can go wrong.’ Taylor’s moles discreetly come and go, especially the one under her left eye.

She also, notoriously, had a weight problem. Being not much taller than 5 ft, a few pounds either way really showed, and Burton, again, loved teasing her — even on their first wedding day, in 1964, he was heard to say, ‘Where is that fat cow of mine?’

No wonder Taylor divorced him twice — he was very rude. ‘I think her arms should not be over-exposed. She should never wear low-heeled shoes,’ he said. But looking at the many portraits in this book, Burton did have a point. As the years pass, Taylor went from tomboyish sexy youngster, to beautiful young bride and mother, to seductively and attractively plumpish. Finally, she became big, bawdy and camp, like a drag queen.

A lot of the pictures here fit that latter description, where Taylor is dripping with jewellery from Van Cleef & Arpels and Bulgari. In 1968, Burton bought Taylor the 33.19-carat Krupp Diamond. ‘Is that the famous ring? How very vulgar,’ said Princess Margaret, who asked to try it on. ‘Not so vulgar now, is it?’ said Taylor.

As the editor, Robert Risko, says here, one of the appeals of Taylor is that she ‘piled on the whipped cream and chocolate sauce’ and enjoyed life in a raucous way. 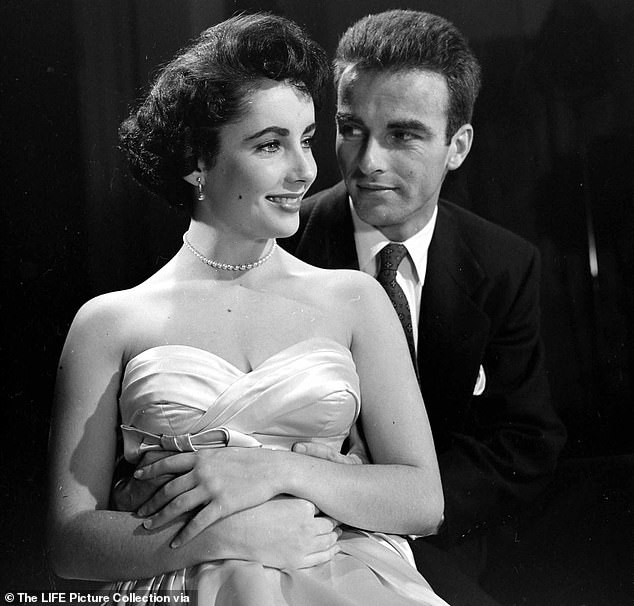 In 1989, Taylor was the subject of the most expensive still photograph ever taken. Pictured: Montgomery Clift and Elizabeth Taylor

In many pictures taken on film sets and in exotic locations, Taylor has a big drink. A pint of Bloody Mary on the go was not unusual.

Gered Mankowitz, who photographed Taylor with Burton making a Tennessee Williams film called Boom, saw the effects of the boozing. There was a ‘great deal of tension on set,’ culminating in ‘screaming and things being thrown’, he revealed.

Burton locked himself in his caravan and refused to come out, because ‘Taylor had more lines than him’.

Eva Sereny, in Rome, also thought ‘it was obvious something was going on. You could feel it. There was no great love between them that day’.

You sense, however, that even the bust-ups were part of the Burton and Taylor publicity machine, the studios keen for stills photographers to give the public ‘a taste of what was next for their favourite stars’. Taylor’s birthdays were always recorded for the world’s Press by the likes of Norman Parkinson, a favourite of royalty.

Kaftans camouflage the bulk. The lip gloss glistens. Taylor’s hair is either an artful mess or coiled and swirled and piled up like a helmet. There must be Vaseline or Nivea smeared on the lens to convey the soft-focus effect. 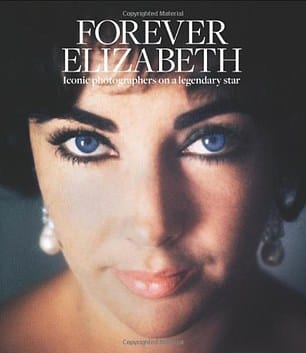 Taylor looks slightly startled, as though someone has just said they thought she was Dame Edna.

In 1989, Taylor was the subject of the most expensive still photograph ever taken. To advertise one of her perfumes, a Greek temple and plunge pool were constructed on a Hollywood sound-stage. Taylor’s head, in full war paint, emerges from the water. Gary Bernstein is very proud of the results. I think it’s oddly tacky. Nevertheless, one of the things I do love about Taylor is that from a 2021 perspective she is very uncontemporary. As a woman, she never felt oppressed.

There was no need for her to wield guns and to do stunts as a super-heroine, like Angelina Jolie.

She had curves, breasts, a belly. The sexual tingles were intense, and drove Burton (and other men) to distraction, because all was implied, veiled, never shown directly. Her spell never broke.