The second cheapest country after Turkey expects 6 million tourists, despite the absence of...

News desk - 24 June 2022 0
The CEC Annual Report 2021 titled “Churches Together for Hope” is now available. The report provides an overview of activities carried out by the Conference of European Churches (CEC), highlighting accomplishments and challenges, the organisation navigated in 2021.

Why do we wear the wedding ring on the ring finger?

China bought a record amount of Russian oil in May

Spotlight: Books like John C Boland’s Hominid have been for sale at inflated prices on Amazon

Critics are accusing online giant Amazon of allowing third-party sellers to misrepresent the books they market on its website. In some instances, books are being sold as classics at inflated prices.

Among those concerned is American author and publisher John C Boland, whose recent novels have been marketed as published in the 17th Century and commanding a price of more than £700.  In fact, his modern day thrillers should retail for about £10. The Baltimore writer is suing Amazon in the American law courts for not properly policing the sale of books on its online store.

Although Amazon sells books directly there is also an option to buy ‘new’ and ‘used’ from other sellers if they also have copies available, which can often be found on website links below a description of the literature. Anyone can sign up as one of these third-party dealers if they are able to set up an Amazon seller account – though the online giant typically gets 15 per cent of the proceeds from sales.

Boland says: ‘The abuses affect not only my own works, such as the science thriller Hominid, but novels and non-fiction published by other authors.

He adds: ‘Amazon’s response that it does not permit this sort of thing is false. My search of its books website turned up thousands of mistakes being made by third-party sellers.

‘When a seller claims to have an edition published more than a hundred years ago it is also defaming authors like me by implying that the book existed before I had even written it – as if I were a plagiarist.’

She says: ‘Amazon has huge power in the marketplace for books and it is hard for independent booksellers to compete against it. 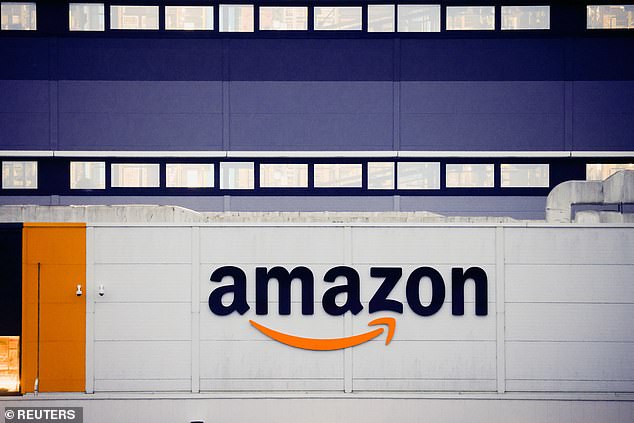 ‘A local bookshop not only offers quality and advice that can be trusted – but it also allows bookbuyers to actually hold a book in their hand before having to part with any money.’

She adds: ‘Thankfully, over the past couple of years – during this terrible pandemic – about 100 new bookshops have opened up as people have learned to appreciate their value.’

There are now some 1,000 independent bookshops in the UK, less than half the number that were trading when Amazon began in 1995.

Those who find browsing bookshelves is part of the pleasure of buying books should also consider visiting a book fair to find hidden gems to leaf through – and talk with experts about other literature they might find appealing.

David Maynard is a book dealer and member of the Provincial Booksellers Fairs Association. This trade organisation offers details of book fairs held throughout the country – as well as online fairs.

He says: ‘The internet has its place, but when it comes to buying books there is no substitute for personal service.’

Maynard adds: ‘Purchasing older books can be fraught with danger if a buyer does not know what they are doing. Condition and accurate date descriptions are a key part of the buying process.

‘We have a code of conduct to which all members are signed up to so if a buyer ever has a problem, it can be sorted out immediately.’

Maynard adds: ‘Another bonus is that we can help guide book lovers on their adventure – introducing them to new and exciting reads after sharing with us what they enjoy.’ Amazon’s big selling point is convenience – with a purchase possible via a few clicks of a button rather than having to visit a shop.

It also has huge global marketing and sales clout to beat competitors on price. Up to half of all book sales are now through Amazon. It also owns the book trading website AbeBooks.

A criticism often made about Amazon and other online services is that they do not have the overheads of high street shops, such as shop rental and staff costs, and that they pay proportionally lower taxes.

Amazon sales – of which books are only a small part – rose more than 50 per cent in 2020 to £20.63 billion. It paid direct UK tax on its profits of £492 million. The US giant channels the majority of its British retail sales through tax-haven Luxembourg.

Amazon did not provide a comment on the allegations made by John C Boland.

But it did confirm that as independent businesses, third party sellers are required to follow all applicable laws, regulations and Amazon policies when listing items for sale on its online store. It also confirmed that it promptly investigates any issues raised by buyers and when appropriate takes action.

For details of where to find your nearest local bookshop, visit booksellers.org.uk. Another website worth considering when hunting out your favourite literature on the high street is bookshop.org.

Share
Facebook
Twitter
Linkedin
WhatsApp
Email
Print
Previous articleDesmond Tutu was ‘spiritual father’ of the new South Africa, says country’s president
Next articleFrance wears the colours of Europe as it launches its Presidency of the Council of the EU
- Advertisement -
- EXCLUSIVE CONTENT -