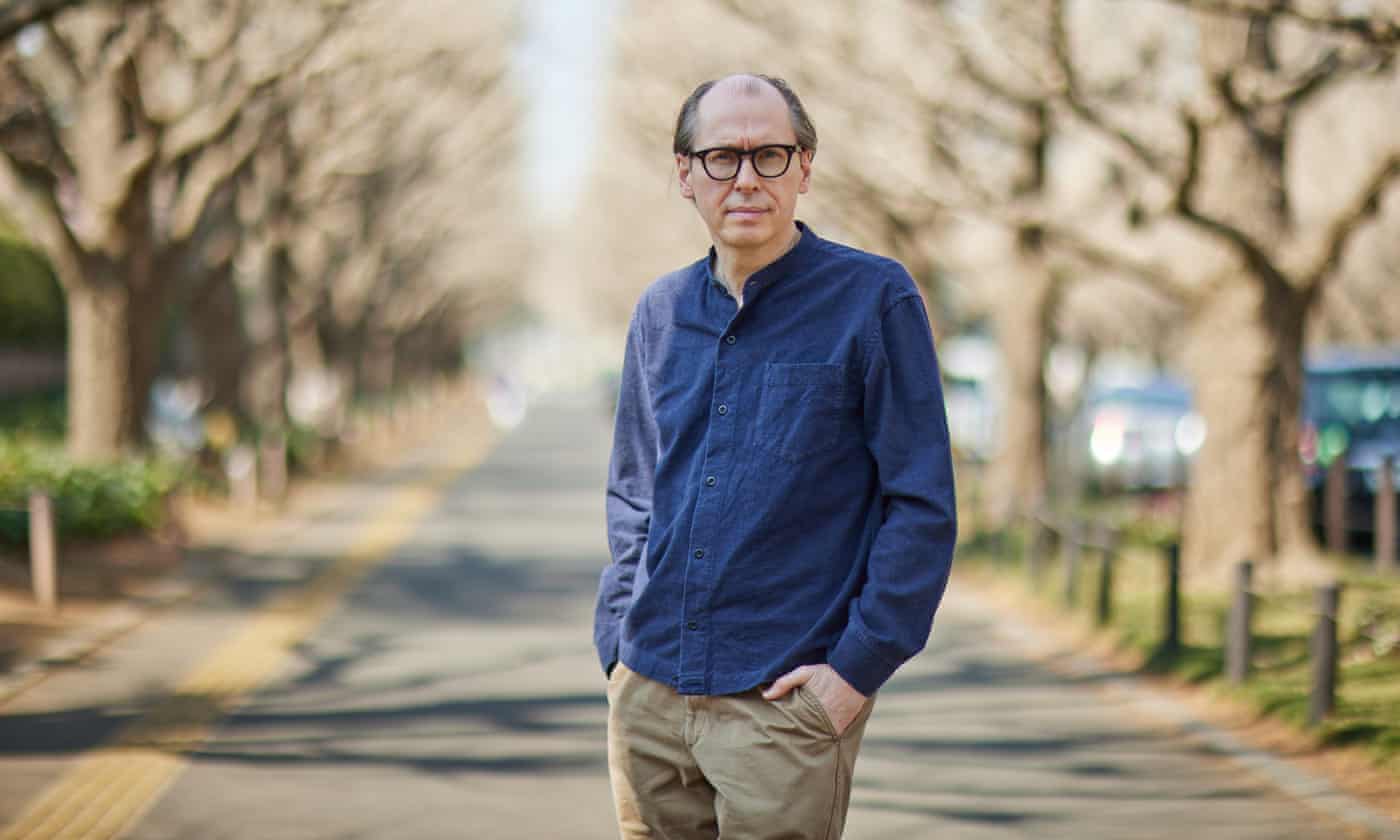 David Peace, 55, is the author of 11 novels, including The Damned Utd, made into a film with Michael Sheen in the lead role as Brian Clough, and the Red Riding Quartet, set amid the Ripper murders in West Yorkshire, where Peace grew up. One of Granta’s best young British novelists in 2003, he won the James Tait Black prize a year later for GB84. Tokyo Redux, out in paperback this month, concludes a true-crime trilogy about US-occupied Japan, and concerns the death (still unexplained) of Sadanori Shimoyama, the first president of Japanese National Railways. Peace spoke from Tokyo, his home since 1994.

What led you to write about postwar Japan?
I really wanted to write about Tokyo after I finished GB84, around 2003. My children were young and I wanted to know the city’s modern history to be able to tell them about the area we live in, the east end, which was one of the areas bombed flat in March 1945. I wanted to try to understand the experience of survival and how the city rebuilt itself into the Lost in Translation Tokyo people are familiar with. Because I’d tried to understand the time and place in which I grew up by examining the effect of crime on its society, I decided to try to write about three crimes in the occupation period.

What drew you to Shimoyama’s case in particular?
It’s generated so many conspiracies and theories; it was the beginnings of the cold war and we’re still living in its legacy. America came to Japan promising democracy, but by 1949, with the Japanese Communist party doing well and the iron curtain going up in Europe, it changed policy – the Reverse Course – and Shimoyama was very much a big part of that. He’s appointed the head of the national railways and gets given a list by America of 100,000 people whose jobs should be cut, mainly leftwing agitators. Posters go up all over Tokyo against him. Then his body turns up on the railroad tracks, decapitated. People asked: was it suicide or murder? And if it was murder, was it the left? The Japanese right? The Americans? The Soviets?

Do you see Tokyo Year Zero, Occupied City and Tokyo Redux as crime novels?
When I wrote Nineteen Seventy-Four [his debut], I wanted to write the best crime novel ever; I don’t think I did, but that was my intention. Now I don’t think about that any more. It’s odd: in Europe I’m a crime writer but in the UK I’m not. In Germany I’ve won a Deutscher Krimipreis three times – Redux won it – and El País made Redux their crime novel of the year, but I’ve never been invited to the Harrogate crime-writing festival or anything like that. My publishers have a hard time because fundamentally my books are too literary for a crime audience and too crimey for a literary audience. Yet The Damned Utd sold loads of copies, and half that book is told in the second person in a voice I took from Company by Samuel Beckett. Publishers should be less risk-averse. Look at Hawthorn and Child by Keith Ridgway, or The Treatment by Michael Nath; if novels are going to survive, novelists have a responsibility to push the boundaries.

Tokyo Reduxtook10 years, during which time you also wrote a novel about Bill Shankly,the Goldsmiths prize-shortlistedRed or Dead, 700 intensely repetitive pages that don’t exactly seem a relaxing side project…
But it was! I wasn’t getting Redux right; I wrote probably 300,000 words that didn’t go in, because I was obsessed with keeping the novel in 1949, when the great importance of the Shimoyama case is how [views of it] change over time. So those two joyful years writing Red or Dead were a breath of fresh air. I got this huge box of tapes from Shankly’s ghostwriter and all I had to do was sit in my little room in Tokyo and listen to Shankly, a hero of mine, and read football reports and results. It was a real pleasure to write, even though to a lot of people it’s not a pleasure to read; it is quite obsessional, I realise that. Part of my process is that I take notes from what I’m reading and work them into a text to read aloud, trying to attain a kind of poetry; a great deal of it is reconstructing other people’s sentences. I was lucky to be exposed young to TS Eliot, Beckett and Dos Passos, and I’ve always been attracted to that kind of technique.

Michel de Montaigne: If you forbid us something, you make us think about it