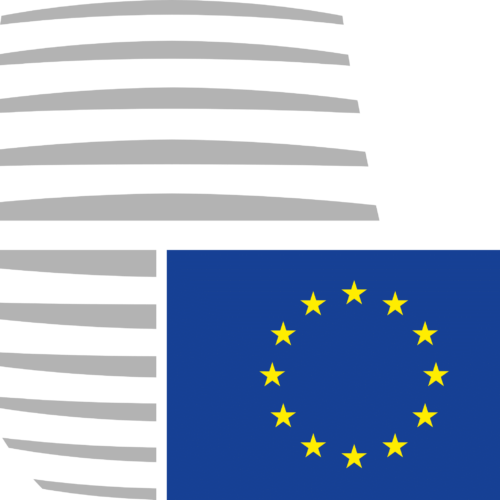 Seventy-seven years later, President Putin and his regime now chose to invade Ukraine in an unprovoked war of aggression against a sovereign country. His actions bring shame on Russia and the historic sacrifices of its people. Through its invasion of and actions in Ukraine since 2014, Russia has violated the international rules-based order, particularly the UN Charter, conceived after the Second World War to spare successive generations from the scourge of war.

Today, we were honoured to be joined by Ukraine’s President Volodymyr Zelenskyy. We assured him of our full solidarity and support for Ukraine’s courageous defence of its sovereignty and territorial integrity, and its fight for a peaceful, prosperous and democratic future within its internationally recognised borders, with the liberties and freedoms that so many of us enjoy today.

Today, on 8 May, we, the Leaders of the Group of Seven (G7), alongside Ukraine and the wider global community, commemorate the end of the Second World War in Europe and the liberation from fascism and the National Socialist reign of terror, which caused immeasurable destruction, unspeakable horrors and human suffering. We mourn the millions of victims and offer our respect, especially to all those who paid the ultimate price to defeat the National Socialist regime, including the western Allies and the Soviet Union.

President Zelenskyy underlined the strong resolve of Ukraine to protect its sovereignty and territorial integrity. He stated that Ukraine’s ultimate aim is to ensure full withdrawal of Russia’s military forces and equipment from the entire territory of Ukraine and to secure its ability to protect itself in the future and thanked G7 members for their support. In this regard, Ukraine emphasised that it relies on its international partners, in particular on G7 members, in providing necessary assistance in the domain of defense capabilities, as well as with a view to ensuring a swift and effective recovery of Ukraine’s economy and to securing its economic and energy security. Ukraine has entered into discussions with international partners on security mechanisms for a viable post-war peace settlement. Ukraine remains committed to working closely with G7 members to support Ukraine’s macroeconomic stability in the face of the challenges posed by the full-scaled Russian invasion, massive destruction of critical infrastructure and disruption of traditional shipping routes for Ukrainian exports. President Zelenskyy noted his country’s commitment to uphold our common democratic values and principles, including respect for human rights and the rule of law.

Today, we, the G7, reassured President Zelenskyy of our continued readiness to undertake further commitments to help Ukraine secure its free and democratic future, such that Ukraine can defend itself now and deter future acts of aggression. To this end, we will pursue our ongoing military and defence assistance to the Ukrainian Armed Forces, continue supporting Ukraine in defending its networks against cyber incidents, and expand our cooperation, including on information security. We will continue to support Ukraine in increasing its economic and energy security.

Together with the international community, we, the G7, have provided and pledged additional support since the start of the war exceeding USD 24 billion for 2022 and beyond, in both financial and material means. In the coming weeks, we will step up our collective short-term financial support to help Ukraine close financing gaps and deliver basic services to its people, while also developing options – working with the Ukrainian authorities and international financial institutions – to support long-term recovery and reconstruction. In this regard, we welcome the establishment of the International Monetary Fund’s Multi-Donor Administered Account for Ukraine and the European Union announcement to develop a Ukraine Solidarity Trust Fund. We support the World Bank Group’s support package to Ukraine and the European Bank for Reconstruction and Development’s Resilience Package.

We call on all partners to join our support for the Ukrainian people and for refugees, and to help Ukraine to rebuild its future.

We reiterate our condemnation of Russia’s unprovoked, unjustifiable and illegal military aggression against Ukraine and the indiscriminate attacks against civilians and civilian infrastructure, which has resulted in terrible humanitarian catastrophe in the heart of Europe. We are appalled by the large-scale loss of human life, assault on human rights, and destruction that Russia’s actions have inflicted on Ukraine.

Under no circumstances can civilians and those not taking an active part in the hostilities be legitimate targets. We will spare no effort to hold President Putin and the architects and accomplices of this aggression, including the Lukashenko regime in Belarus, accountable for their actions in accordance with international law. To this end, we will continue to work together, along with our allies and partners around the world. We reaffirm our support for all efforts to ensure full accountability. We welcome and support the ongoing work to investigate and gather evidence on this, including by the Prosecutor of the International Criminal Court, the independent investigation commission mandated by the United Nations Human Rights Council and the Organization for Security and Co-operation in Europe’s mission of experts.

We further condemn Russia’s attempts to replace democratically elected Ukrainian local authorities with illegitimate ones. We will not recognise these acts in violation of Ukraine’s sovereignty and territorial integrity.

Our unprecedented package of coordinated sanctions has already significantly hindered Russia’s war of aggression by limiting access to financial channels and ability to pursue their objectives. These restrictive measures are already having a significant impact on all Russian economic sectors – financial, trade, defence, technology, and energy – and will intensify pressure on Russia over time. We will continue to impose severe and immediate economic costs on President Putin’s regime for this unjustifiable war. We collectively commit to taking the following measures, consistent with our respective legal authorities and processes:

We continue to work with our international partners and invite them to stand with us and to follow suit with similar actions, including to prevent sanctions evasion, circumvention and backfilling.

President Putin’s war is causing global economic disruptions, impacting the security of global energy supply, fertiliser and food provision, and the functioning of global supply chains in general. The most vulnerable countries are affected most severely. Together with partners globally, we are stepping up our efforts to counter these adverse and harmful impacts of this war.

President Putin’s war against Ukraine is placing global food security under severe strain. Together with the United Nations, we call on Russia to end its blockade and all other activities that further impede Ukrainian food production and exports, in line with its international commitments. Failure to do so will be seen as an attack on feeding the world. We will step up efforts to help Ukraine to keep producing in view of the next harvest season and exporting, including by alternative routes.

In support of the United Nations Global Crises Response Group, we will address the causes and consequences of the global food crisis through a Global Alliance for Food Security, as our joint initiative to ensure momentum and coordination, and other efforts. We will closely cooperate with international partners and organisations beyond the G7, and, with the aim of transforming political commitments into concrete actions as planned by various international initiatives such as the Food and Agriculture Resilience Mission (FARM) and key regional outreach initiatives, including towards African and Mediterranean countries. We reiterate that our sanctions packages are carefully targeted so as not to impede the delivery of humanitarian assistance or the trade of agricultural products and reaffirm our commitment to avoid food export restrictions which impact the most vulnerable.

The G7 and Ukraine stand united in this difficult time and in their quest to ensure Ukraine’s democratic, prosperous future. We remain united in our resolve that President Putin must not win his war against Ukraine. We owe it to the memory of all those who fought for freedom in the Second World War, to continue fighting for it today, for the people of Ukraine, Europe and the global community.

Geopolitics is also the defense of European interests in space